Uzbekistan can attract a loan of $450 million in 2017 from the Asian Development Bank (ADB) to implement the second phase of modernization of the Talimarjan Thermal Power Plant in the south of the country. 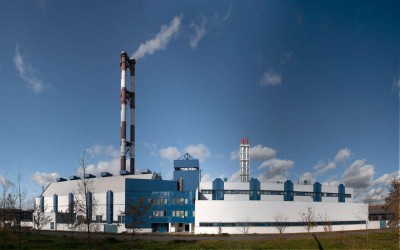 Uzbek government submitted an appropriate loan application to the bank, said ADB in a message posted on its website July 11.

The application is expected to be considered in early 2017.

In the second phase of Talimarjan power plant’s modernization, which is to have an initial cost of $910 million, it is planned to construct two steam-gas plants at a capacity of 450 megawatts each.

A consortium of South Korean companies, which includes Hyundai Engineering & Construction and Daewoo International, is the main contractor for the two steam-gas plants’ construction.

Japan’s Mitsubishi Corporation is the supplier of the steam-gas installations.

The funds for the Talimarjan power plant’s modernization project are provided through loans of the ADB ($350 million), Japan International Cooperation Agency ($300 million), the Uzbek Fund for Reconstruction and Development ($240.86 million) and Uzbekenergo’s own funds.

The project is planned to be completed in December 2016.