The Turkish Stream gas pipeline project can be used as a tool for Turkey to normalize its relations with Russia, given the importance of Turkish gas market for Russia, says Agnia Grigas, energy and political risks expert, non-resident senior fellow at the Atlantic Council. 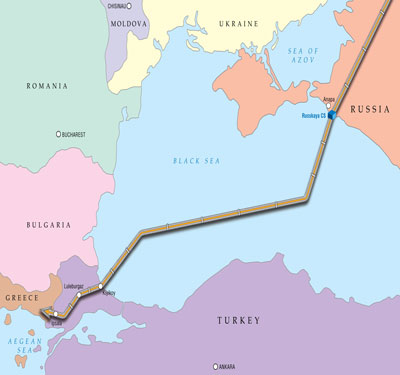 Turkish Stream, meant to carry Russian natural gas to Turkey through the Black Sea, was suspended by Russia following the deterioration of the relations between Ankara and Moscow after the Su-24 incident in 2015.

Recently, Turkish President Recep Tayyip Erdogan sent a letter to his Russian counterpart Vladimir Putin on the occasion of the Russia Day, which was considered as an attempt towards normalizing the relations between the two countries. However, Russia has its own conditions for restoring the relations.

“Turkish Stream could be a tool to normalize relations with Russia,” Grigas told Trend June 22. “Turkish gas market is very important for Russia both because of its size and because it is a growing market in contrast to the slowing demand of the EU.”

However, as the expert believes, in the current economic climate faced by Russia, financing and implementing the Turkish Stream are problematic.

“The deterioration of political relations since the downed warplane could be just a way to save face and a pretext for not implementing a project that Russia could not afford,” said Grigas.

However, she says, Russia is likely to revive plans for the Turkish Stream when economic conditions change.

“At the same time, Turkey would do well to diversify its gas sources rather than increase its dependence on Russia and going forward there will be more options and more competing suppliers in the global gas markets,” added Grigas.

In early June, Russian President Vladimir Putin said Moscow hasn’t completely abandoned either the South Stream or the Turkish Stream gas pipeline projects, but, it is necessary to know the stance of the EU.

“As for export routes [for gas supplies] on the bottom of the Black Sea, we have some political difficulties with Turkey,” said Putin.

Turkey is the second largest importer of Russian gas after Germany.

In 2015, according to BP estimates, Turkey imported 26.6 billion cubic meters of gas from Russia.