The Shah Deniz 2 project has already spent half the $24bn that it is expected to cost, the head of the investment department at Azerbaijan’s state oil company Socar, Vagif Aliev, said during a meeting with press June 26. 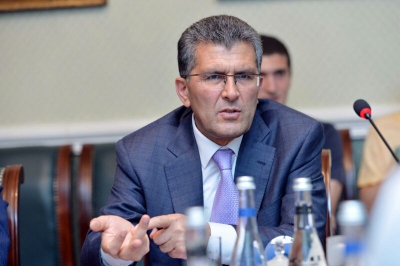 SD2 is on track for first gas in mid-2018 and exports to Turkey to start by the end of the same year, according to Aliev. The South Caucasus pipeline (SCP) expansion is also progressing well he said. The line stretches from the Sangachal terminal near Baku and crosses Georgia to the border with Turkey, where it will be connected to Trans Anatolian gas pipeline (Tanap). The $4.9bn expansion of SCP that will triple its capacity is 57.4% complete.

The section of Tanap running from the Georgian border to Eskisehir is on track to be ready in mid-2018. The rest of the pipeline – from Eskisehir to the Turkey-Greece border including a subsea section across the Sea of Marmara – will start up later, in 2020.

Tanap is now over 26% built, with the total length of produced pipes measuring 1,166 km, of which 929 km are positioned on the route from the border to Eskisehir, said Aliev. He added that about 533 km of these pipes were welded. To date more than $ 2bn have been spent on Tanap, out of a total cost of $9.2bn.

“We are in talks with international financial institution to attract more funds for Southern Gas Corridor (SGC). However, it does not mean we are experiencing any difficulties with investing in the project,” he said.

The Southern Gas Corridor Company (SGCC) that was set up by the Azerbaijani government for implement the project reinvests income from SD1 on further field development and construction of a chain of pipelines for gas exports. SGC is funded by share capital and domestic and foreign loans, he said, and Azerbaijan is seekingr “long term and low rate investments.”

Azerbaijan’s share in the SGC project is around $14bn, half of which will be borrowed from international financial institutions.

The Trans Adriatic pipeline is in the early stages of construction. It was 19.5% complete as of early June, said Aliev, at a cost of €877mn. The total cost is €6.3bn.

Socar Gas trading company, a subsidiary of Socar Turkey Energy (STE), continues to trade and supply gas in this country. According to Aliev it has an agreement to sell 1.2bn m³/yr from SD1 in theTurkish market. Socar Gas delivered gas to STE’s petrochemical plant Petkim as well as other customers, selling above 330mn m³ in the first quarter of this year for about $84mn.

Last year was the most successful for Petkim, said Aliev, who is also a chairman of STE. Petkim produced and sold 1.8mn metric tons of petrochemical products and earning $1.7bn. Socar Turkey Energy is owned by Socar (87%) and US Goldman Sachs (13%).