The consortium for construction of Trans Adriatic pipeline (TAP) has signed Engineering, Procurement and Construction (EPC) contract to build compressor stations in Greece and Albania, the consortium reported. 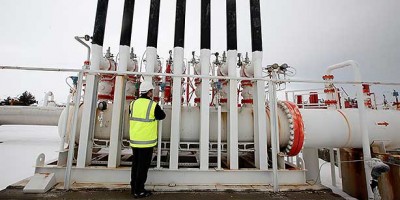 The contract has been signed with the joint venture created by Italian Renco S.p.A. company and Greek Terna S.A.

The works in Greece include deign, purchase, construction and launching of one compressor stations close to the Turkish-Greek border.

In Albania the works will include design, procurement, construction and launching of one compressor and one measuring stations to register natural gas coming from the Greek TAP section.

Construction of compressor stations is planned to begin in the second half of 2016 and will be completed within two years.

Italian Renco S.p.A. company founded in 1979 offers a wide range of services, which include design and construction in fields of energy, oil and gas and civil infrastructure.

Greek construction company Terna S.A. founded in 1972 and is a part of GEK TERNA Group, one of the leading business groups in Greece with over 6000 employees in 16 countries.