A rebound in the price of liquefied natural gas in Europe will lag any recovery in oil as new pipelines are poised to boost gas supplies to the continent, according to a report from analysts at the Deloitte Center for Energy Solutions. 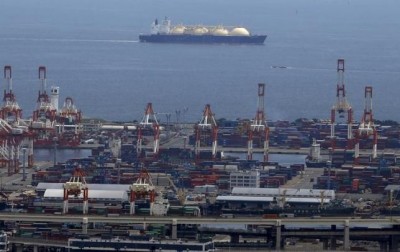 While the power plant and heating fuel typically tracks oil, which slumped to the lowest in 12 years in February, more gas could disrupt the link between the commodities, according to Andrew Slaughter, Houston-based executive director for the Deloitte center. Pipelines, while expensive and at times controversial, have the advantage of being able to deliver large volumes at low costs, according to the report on LNG exports Thursday.

Global LNG supply is set to surge over the next five years as projects already under construction add to an emerging glut. That’s putting pressure on prices that have already weakened because of the collapse in crude, a benchmark for some LNG contracts. In March, Woodside Petroleum Ltd., with partners Royal Dutch Shell Plc and BP Plc, scrapped plans for the $40 billion Browse liquefied natural gas project in Australia.

“You would expect LNG prices to track up after the oil prices,” Slaughter said by phone Wednesday. “They won’t recover quite as fast just because of these big slopes of supply coming on from both LNG and pipe.”

Europe has emerged as a key destination for LNG producers as demand in other markets has waned. The Trans-Adriatic Pipeline, or TAP, led by BP, will bring 10 billion cubic meters a year of gas into southern Europe from 2020, providing enough energy to meet the needs of about seven million households, according to the project’s website.

“The Trans-Adriatic is going ahead and that does reinforce the southern European system,” Slaughter said. “One would expect that as more supply sources come in then the competitive intensity will increase.”

Meanwhile, the government of Bulgaria plans to move forward on the Nabucco pipeline, according to Deloitte. Prospects for the link, which would deliver gas from the Caspian to Europe through Bulgaria, were revived after Russia scrapped its South Stream pipeline.

“Even in higher demand scenarios, pipelines could restrict growth avenues for LNG, particularly in Europe,” Deloitte said in the report. “The global LNG supply overhang will be driven not only by competition from major LNG-supplying nations, but also from increased competition from piped gas in several regions.
Bloomberg