The biggest in Middle Asia gas chemical complex was built on Surgil field in Karakalpakstan, northwest of Uzbekistan, and put into operation on May 21, 2016. 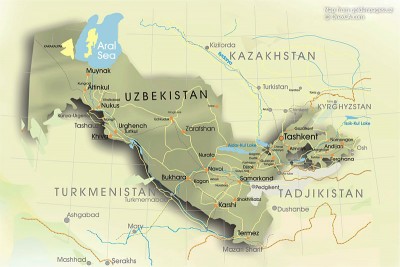 Uzbekistan and Korean Prime Ministers Shavkat Mirzayev and Khvan Ge An have attended the ceremony.

Korean Premier called construction of the gas chemical complex an example of successful cooperation between the two countries.

“This new model of cooperation envisages transition from export of raw material into joint production and export of the product with high added value to the foreign markets,” said Korean Premier.

The general contractors of the project are Korean Samsung Engineering, GS Engineering and Hyundai Engineering. Construction of the gas chemical complex started in 2011.

The project worth $4.16 billion is funded from the credit allotted by the commercial banks of Asia, Europe and Uzbekistan worth $2.54 billion, $1.41 billion own funds of the JV’s founders and credit worth $100 million allotted by the Uzbekistan Fund for Reconstruction and Development.

The raw material of the project is Surgil field with 120 cub.m. of gas as well as eastern Berdakh-Uchsai and northern Berdakh.

Construction of the complex was completed at the end of last year. The gas chemical complex includes five plants – gas distribution, plants producing ethylene, polyethylene and polypropylene, the plant for energy resources supply and modern infrastructure. The first trial product – the first batch of polyethylene – was manufactured at the end of October 2015 and the first batch of polypropylene in November. The gas chemical complex is expected to reach the project capacity by mid-2016.