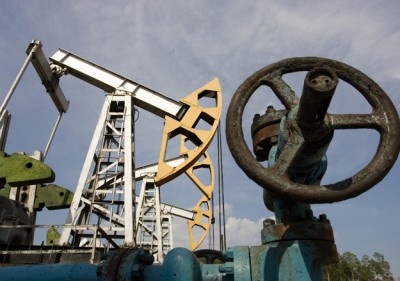 Even as Canadian Prime Minister Justin Trudeau wraps up his state visit to the United States, his country’s unemployment rate rose to a three-year high of 7.3% in February. It marked the third consecutive month that Canada’s jobless rate increased.

Canada, one of the world’s biggest oil exporters, lost nearly 9,000 jobs last month in the natural resources industry, which includes the oil sector. The job losses occurred as oil prices crashed to $26 a barrel, the lowest level in nearly 13 years. Oil has since rebounded, though it remains dramatically lower from a year ago.

The job cuts in the industry began late in 2014 shortly after oil prices topped out above $100 a barrel.

Canada’s economy relies on oil exports. It slipped into recession last year amid the oil downturn for the first time since the Great Recession. Canada continues to pump lots of oil, but the country’s oil sands industry needs higher prices to turn a profit.

Just look at the economic fallout in Alberta, the Canadian province that’s home to big oil hubs. Unemployment there soared to 7.9% in February from 7.4% in January. Alberta lost 56,000 full-time jobs over the past year.

The unemployment rates in the U.S. and Canada have been diverging. Last month the American unemployment rate remained at an eight-year low of 4.9% thanks to robust payroll growth of 242,000 jobs.

Adjusted to the U.S. unemployment model, Canada’s unemployment rate hit 6.2% in February, up from 6% the month before.

Outside of oil-centric states like North Dakota and Texas, the U.S. labor market hasn’t experienced as much pain as Canada’s because it’s more diversified.

That’s why Trudeau, the Canadian prime minister, has proposed a $1 billion stimulus plan that would focus on infrastructure projects in Alberta and oil-heavy Saskatchewan.

Canada is also transitioning to a more manufacturing-led economy. That shift has been boosted by rising exports as the Canadian dollar is sitting near a 13-year low against the U.S. dollar.