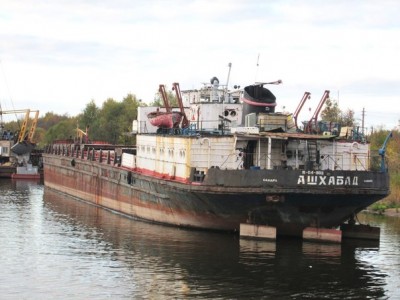 The project for modernizing the Turkmenbashi port in Turkmenistan is intended to revive the foreign trade and accelerate economic growth, said a report of the Institute for Strategic Planning and Economic Development (ISPED).

Once the project is completed, the port’s cargo turnover will increase twofold, and its capacity will exceed 17 million tons per year, according to the report.

The intensity of cargo traffic passing through the port has increased markedly in recent years, according to the ISPED report.

In 2009, Turkmenbashi port’s capacity was estimated at seven million tons by experts, and a growth of up to 9.2 million tons was recorded in 2012.

It was earlier reported that the Turkish Gap Insaat will build a modern seaport in the city of Turkmenbashi on the Caspian shore by 2017.

The port will also include ship repair and shipbuilding yards. The project is worth $1.5 billion.