Azerbaijan’s state oil company SOCAR has put on hold an ambitious petrochemical project due to a plunge in oil prices, but will invest $1.3 billion to upgrade its existing refinery and chemical facilities, a senior SOCAR executive said. 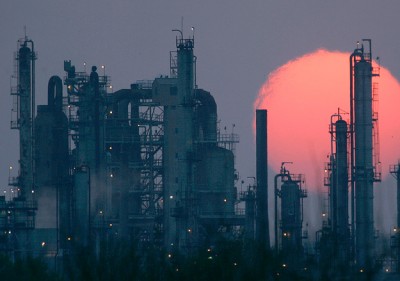 SOCAR had planned to build the petrochemical complex, aiming to process oil and gas, at Sangachal, 60 km (37 miles) south of the capital Baku.

Investments in the project, which drew interest from several foreign companies including Japan‘s Mitsui, were estimated at $17 billion initially but later revised to $8.5 billion after the exclusion of a refinery from its configuration.

“We can say that active work on the OGPC (Oil, Gas, Petrochemical Complex) project has been temporarily frozen,” SOCAR Vice President Tofig Gahramanov told Reuters in an interview.

He said SOCAR was still in talks with Mitsui on its future participation in the project – “as an investor and a partner”.

Gahramanov said SOCAR would most likely return to the petrochemical project if crude prices bounced back, but meanwhile would overhaul its aging oil refinery in Baku as well as facilities of chemicals firm Azerikimya Production Union.

“This project is estimated to be worth $1.3 billion and is financed from the state budget,” Gahramanov said.

He said the completion of the project was expected in several phases within four years, and there could be temporary shutdowns at the existing refinery during this period.

“Once completed, the oil refinery’s annual capacity will rise to 7.5 million tonnes of crude oil from 6 million tonnes,” he said.

Seven or eight new units will be installed at the refinery after renovation, he said.