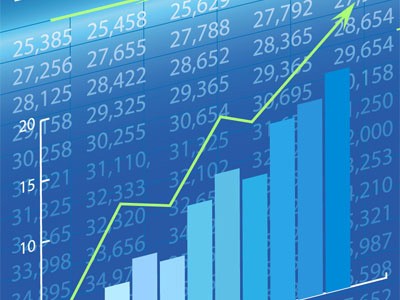 Turkmenistan supports growth rates of gross domestic product (GDP) at high-level, the figure has been maintained at 6.7 percent for 2015, the message of the ministry of economy and development of the country said.

“The growth of the gross domestic product was 6.7 percent, including in the construction industry – 9.3 percent, trade – 10.4 percent, transport and communication sector – 9.8 percent,” said the message.

In comparison with 2014, the volumes of investments aimed at various sectors, rose by 8.2 percent and amounted to over 53 billion Turkmen manats. The rate of national currency, manat, has been kept within the defined limits, the message said.

Currently, the volume of investments directed to the construction industry account for about $49 billion. During the last year alone 375 large industrial facilities of social and cultural value worth over $10 billion were commissioned at the expense of all sources of funding.

Turkmenistan ranks fourth in the world’s natural gas reserves. At present, it exports gas to China, Iran and Russia, according to a British Petroleum (BP) report.

Ashgabat chose a course to diversify the local economy. The textile industry, as well as the area of petroleum products, advanced. The oil, gas and chemical industry and the production of building materials are being actively developed.