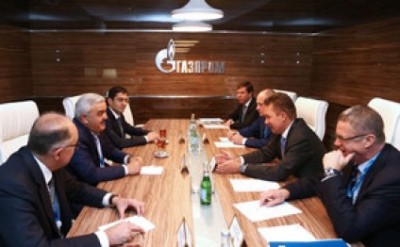 The message said that this issue was discussed by the chairman of Gazprom PJSC Alexei Miller and SOCAR president Rovnag Abdullayev during a meeting in Russia’s St. Petersburg.

“The meeting participants discussed the current state of bilateral cooperation in gas sphere,” said the message. “Special attention was paid to the issue of export of Russian gas to Azerbaijan. In particular, the possibility of increasing supplies taking into account the prospects for growth in natural gas consumption in the country was considered.”

The volume of supplies will amount to nearly two billion cubic meters of gas per year (about 10 million cubic meters daily) in accordance with a prior agreement between SOCAR and Gazprom within the framework of the swap operations.