Cheniere Energy, a U.S-based liquefied natural gas (LNG) exporter, is interested in a minority stake in a new LNG terminal that will supply gas to southeastern Europe through Greece, a senior company official said on Wednesday. 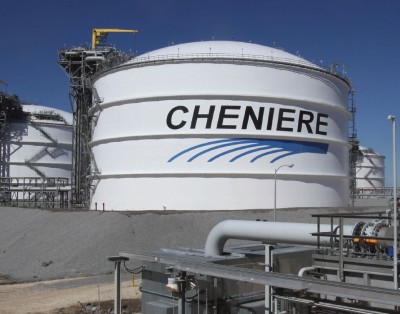 Greece currently has one LNG terminal on an islet off Athens. Greek energy firm Copelouzos is planning to build an offshore LNG terminal near the northern city of Alexandroupolis.

That facility, with an estimated annual capacity of 6.1 billion cubic metres (bcm), will seek to supply gas to southeastern Europe via a natural gas pipeline that will cross through Greece, the Interconnector Greece-Bulgaria (IGB).

Cheniere’s head of marketing, Jean Abiteboul, told reporters in Athens on Wednesday that the firm was interested in the terminal project.

“Not only your country but the region is highly dependent on one supplier, which is a Russian supplier, Gazprom,” Abiteboul said.

“We believe that bringing American gas in your country will help to diversify the gas supply and, eventually, which is the most important, to reduce the cost of energy for the region.”

Abiteboul, who met Greek Energy Minister Panos Skourletis on Tuesday, said Cheniere and Copelouzos were in talks about the project though discussions were still at an early stage.

A senior official at Copelouzos’ Gastrade unit, which will build the terminal, said the Alexandroupolis facility could be operational in the first half of 2018 as long as the final investment deal was signed next year.

The facility is expected to cost between 350 and 380 million euros ($415 million) and will be financed by EU funds, equity and debt.

“They (DEPA) are interested in buying gas from us,” he said. “DEPA has a long-term contract with Gazprom but there is room for additional gas.”