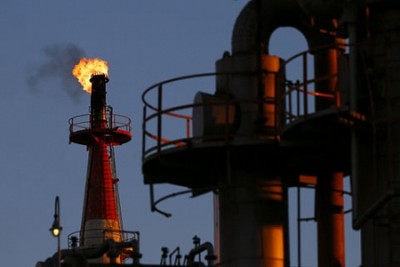 If you think the fall in the oil price is dramatic and disruptive, take a moment to consider the natural gas market. The world’s three main gas markets — in Europe, the US and Asia – may be distinct but the growth of trade in liquefied natural gas which can take it across the world has linked them. The impact of a swing in one market soon spreads across the globe.

According to the excellent analysis from Energy Aspects, prices for LNG in the key north-east Asian market – the supply into Japan and Korea – are down this year by more than 50 per cent to between $7 and 8 vper million British thermal units (Btu), even allowing for a slight seasonal ramp up in the fourth quarter. That is almost 70 per cent down from the peak in 2013.

Unfortunately, at the time of that peak many companies got carried away and set in train dozens of new LNG projects worldwide. The complex technology of liquefaction means that each project is expensive – costing at least $5bn and often much more. Of the projects planned dozens have been cancelled, often forcing investors to write off substantial sums. But the bad news is that many are still under construction. Once work has begun, it is very hard for companies to go back on a major investment decision.

The result is that 40 per cent (an extra 128m tonnes per annum, according to the International Gas Union) is due to be added to capacity in the next few years. Seven new plants are due on-stream in Australia alone in the next two years, quadrupling export capacity. The market is also about to be further destabilised by the addition of new export volumes from the US, starting with the Sabine plant in Louisiana which should be on-stream early next year. With US natural gas prices back to $ 2.5 per million Btu the temptation for producers to look for export markets is very strong.

Demand is flat, and in a number of key markets, including Japan, it is actually falling. A number of buyers holding long-term contracts are reselling supplies leading inevitably to a further weakening of prices.

Even that is not the limit of the problem. By 2019, if everything goes to plan Gazprom will be supplying another 55bn cu feet of gas through the new Nordstream 2 line into a European market where demand is declining as subsidised renewables gain market share.

And looking further beyond 2020 comes Iran, which is actively seeking a share in the market to exploit its huge low-cost gas resource base. The Iranians join a queue of countries from Turkmenistan to Australia with gas waiting to be developed.

With coal prices still falling and competing with gas in both the power and industrial sectors, especially in the developing world, it is hard to see anything other than a continuing price fall for some years to come.

The result of all this is that consumers should get lower prices. They are the winners. But who are the losers if prices slip further?

First, the owners of the projects that have been postponed or remain undeveloped. The promise of an economic boom arising from the development of East African gas from Tanzania and Mozambique looks to be many years away even though development costs are relatively low. Some of the other prospective projects – for instance, the Leviathan field off the shores of Israel – are inherently higher cost and look likely to be stranded unless the Israeli government finds a way of using the gas in the domestic economy. No such market exists for the undeveloped gas in Alaska.

The next set of losers are the competitors to gas. A long period of low prices for both coal and gas makes nuclear power look very expensive. A carbon price would change that but there seems to be no prospect of any effective pricing of CO2 in the foreseeable future. Renewables have some momentum by virtue of public policy support and falling costs. In most countries, nuclear does not.

But the main losers are those who invested too much at the height of the boom in anticipation of a golden age of gas. The list is headed by Shell, which owns a significant share of the new capacity due on stream in the next five years. The discomfort of Shell shareholders will be compounded by the fact that the company is about to complete the $70bn purchase of BG – many of whose gas assets are at the high end of the cost curve. The new company will be the world’s great gas multinational but the state of the world market means that Shell shares will be weighed down for years to come – reported http://blogs.ft.com.