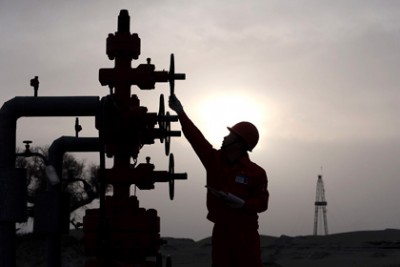 He made the remarks during the international exhibition and conference “Oil and Gas of Turkmenistan” (OGT-2015).

These volumes will allow to meet the growing domestic and foreign demand for natural gas and provide the gas chemical complexes with raw material, according to Begliyev.

He reminded that in September 2013, Turkmengaz implemented one of the large-scale projects in Turkmenistan – first stage of development of Galkynysh field. The investments in this project stood at $9.7 billion.

Begliyev noted that currently, intensive work is underway on the second and third stages of developing the Galkynysh field, adding that this will allow to bring the commercial gas production to 93 billion cubic meters.

Aside from this block of fields, Turkmengaz develops around 30 fields.

The head of the Turkmengaz state concern also said that Turkmenistan currently implements several major projects aimed at increasing production and export of natural gas, as well as projects for deep processing of gas worth about $20 billion.

These are such projects as the second stage of the Galkynysh field development with the Turkmen section of the D thread of Turkmenistan-China gas pipeline with a total capacity of 30 billion cubic meters of gas, plants for the production of polyethylene and polypropylene, as well as urea in the Balkan velayat (region).

Begliyev said that in the near future it is planned to launch several projects on gas chemistry and the chemical industry with a total value of more than $30 billion.