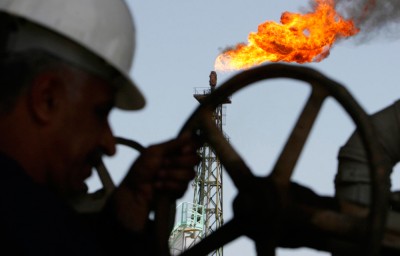 Over 15,000 jobs have been created in Azerbaijan as part of the Stage 2 of developing the Shah Deniz gas and condensate field in the Azerbaijani sector of the Caspian Sea, Bakhtiyar Aslanbayli, BP’s communications, external affairs, strategy and region vice president said Oct.15 in Baku.

He made the remarks during the 1st Azerbaijani Conference on Sustainable Development and Corporate Social Responsibility – Baku CSR Conference 2015.

As part of the second stage of the field’s development, gas will be exported to Turkey and European markets by expanding the South Caucasus gas pipeline and construction of Trans-Anatolian (TANAP) and Trans-Adriatic (TAP) gas pipelines.

Business activities and investments in the future is the basis for development of each company and BP is proud of supporting a number of developing spheres in Azerbaijan, according to Aslanbayli.

“Currently, 2,900 Azerbaijani citizens work at BP, which is the operator in such projects as Azeri-Chirag-Guneshli, Shah Deniz and Baku-Tbilisi-Ceyhan,” he said. “The majority of them work in Baku. Nevertheless, I would like to mention that the Azerbaijani workforce also works in the US, UK and other countries.”

The regional vice president noted that BP will continue to invest in developing the local personnel.

“In order to attract sufficient number of local resources in the implementation of projects, we have worked out large-scale training programs for local enterprises and workforce,” he said.

Meanwhile, the process of procurement of equipment and services from local suppliers leads to additional employment of the population, stimulates the growth and attracts new areas of business activities to the region, according to Aslanbayli.

BP also calls on its contractors to purchase the necessary equipment, goods and services meeting the relevant specifications from local suppliers, he added.

“In order to promote this [process] we have added related items to our contracts,” said Aslanbeyli.