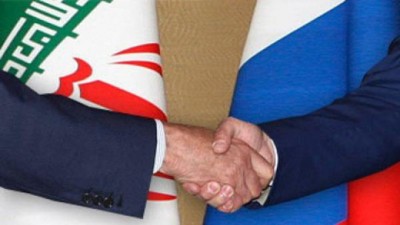 Iran will raise the issue of revising its oil for goods deal with Moscow during the visit of the Russian energy delegation to Tehran, according to an informed source, Iran ’s official IRNA news agency reported.

Signing the nuclear deal has revealed new horizons for Iran and the country plans to make revisions in its deals that were signed under the international sanctions’ pressure.

The nuclear deal that was achieved last July between Tehran and the P5+1 (the United States, Britain, France, China, Russia and Germany) came into effect Oct. 18 and the sanctions are expected to be removed in coming months.

Under the sanctions Tehran reportedly signed an agreement with Russia to barter oil in return for staple goods. No details were published on the issue and the officials from the two parties also rejected that time and again. But the nuclear deal changed the game equations.

Iran ’s oil for goods deal will not be economically justified once the sanctions are lifted. So Tehran has decided to make changes in the deals.

Meanwhile Iran ‘s Deputy Oil Minister for International Affairs and Trade, Amir Hossein Zamaninia said that Tehran and Moscow are to discuss energy cooperation during the visit of the Russian delegation, headed by Energy Minister Alexander Novak to Iran.

Iran is interested to cooperate with Russian side, however some changes should be applied in the agreements achieved in the past, the Iranian official noted.

During his two-day visit that started on Oct. 21, Novak will take part in a session of the two countries’ joint economic commission, which will be headed by Iran ‘s Minister of Information and Communication Technology Mahmoud Vaezi.

Cooperation in exploiting hydrocarbon resources and exploring ways of boosting bilateral economic exchanges to $10 billion a year will be major topics on the two sides’ agendas during the joint commission session.

Novak is also expected to meet and confer with the Iranian Oil Minister Bijan Namdar Zanganeh to discuss recent developments in the global crude market. Representatives from major Russian energy companies such as RusHydro, Zarubezhneft, Gazprom, Bashneft, Rosgeo, and Rosseti are accompanying Novak.