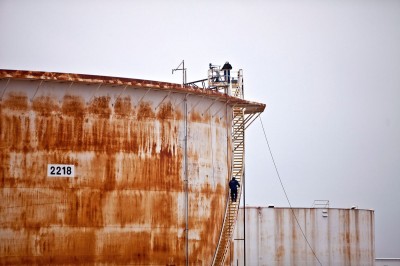 Oil companies are making the largest cost cuts in a generation to reassure investors. They’re risking their own future growth.

From Chevron Corp. to Royal Dutch Shell Plc, producers are firing thousands of workers and canceling investments to defend their dividends. Cutbacks across the industry total $180 billion so far this year, the most since the oil crash of 1986, according to Rystad Energy AS, an Oslo-based energy consultant.

While the dividend payouts please investors, the producers risk repeating the patterns of 1986 and 1999, when prices slumped and they slashed spending. It took years for them to rebuild their pipelines of production growth.

“You need to question whether it’s optimal to base the whole strategy on keeping the dividend,” said Thomas Moore, a director at U.K. fund manager Standard Life Investments Ltd. who directly manages 1.2 billion pounds ($1.9 billion). “The response to low oil prices has been savage cost-cutting.”

Chevron is one example. After spending reductions in 1998 and 1999, when oil prices fell below $10, production declined. The U.S.-based company pumped 1.99 million barrels of oil equivalent in 2000 and four years later was producing 1.7 million. Shell and Exxon saw their growth flatline.

Cost-cutting and asset sales were among the reasons behind the declines, according to the companies’ annual reports. The impact of lower output was cushioned by rising prices.

It’s not hard to see why investors like dividends. As Chevron’s output was dropping between 2000 and 2004, the shares with reinvested dividends had more than twice the return of the stock through price appreciation: 44 percent versus 21 percent. 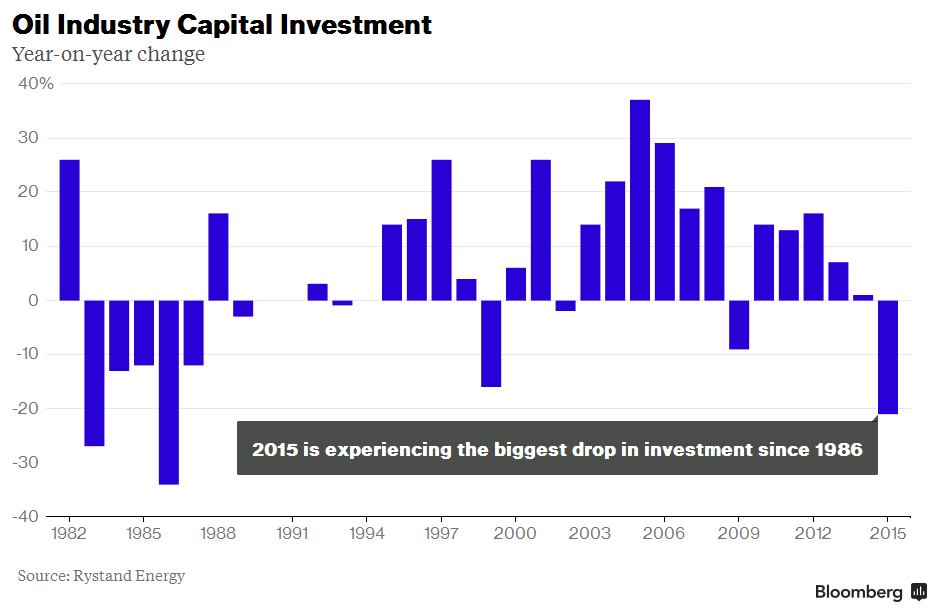 With dividends sacrosanct, belt-tightening is inevitable. Alastair Syme, an oil analyst at Citigroup Inc. in London, said capital expenditures and dividends totaled 146 percent of cash flow for the majors in the first half of the year.

As prices fall again — Brent crude, the global benchmark, is down 27 percent since May — executives are trying to achieve what may appear to be contradictory goals: reduce investment and keep growing.

They have some help, benefiting from the projects approved when crude traded above $100, providing growth for a while even if they cut investment now. Chevron reiterated on July 31 that it plans to boost output by 20 percent by the end of 2017.

The biggest producers have learned some lessons from the past. They haven’t been firing core workers such as geologists and engineers, cutting less-skilled staff instead. They also are benefiting from a drop in costs, as contractors offer discounts to keep rigs and other equipment working.

Share buybacks have dropped and some companies, including Total and Shell, have introduced optional scrip dividends, paid with shares rather than cash. Exxon has so far this year bought back shares valued at $1.5 billion, down from almost $13 billion in 2014 and $16 billion in 2013.

So far this year, Shell has said it’s reducing capital expenditure by 19 percent, BP by more than 17 percent and Exxon by about 12 percent. Shell CEO Ben van Beurden said last week he has “levers” to reduce investment further. Shell now believes that “today’s oil price downturn could last for several years,” even though it expects crude to return $70 to $90 a barrel in the “medium term.”

Bruce Bullock, director of the Maquire Energy Institute at Southern Methodist University in Dallas, said that if the cost-cutting continues into early 2016, it will call “into question future reserves and production growth.”

Per Magnus Nysveen, head of analysis at Rystad, said oil companies are likely to cut investment another 5 to 15 percent next year, after a 21 percent cut in 2015.

“Even though we can’t see the edge of the supply cliff yet, it will appear steep when we see it,” he said.