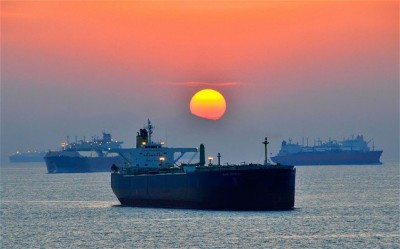 Gary Ross, the founder of consultants PIRA Energy Group, said oil markets aren’t nearly as oversupplied as many believe and spare capacity is tight since Saudi Arabia is pumping all the crude it can without new drilling.

“Current prices are unsustainable,” he said Monday in an interview in London. “It’s hard not to see oil hitting $100 a barrel at some point in the next five years.”

The forecast from Ross, who last year turned bearish on oil before prices shrank by half, is at odds with other analysts and investors bracing for “lower for longer” prices, a term coined by BP Plc Chief Executive Officer Bob Dudley. Saudi Oil Minister Ali Al Naimi said in December the world may not see $100 crude again, while the International Energy Agency has described the markets as “massively oversupplied.”

Such views fail to take into account the impact of $50 oil on output outside North America as producers reduce spending, according to Ross. The likelihood of further disruption to OPEC supplies and the boost to consumption from cheap fuel also support prices, he said.

Brent crude, the global benchmark grade, was down 14 cents at $56.51 a barrel on the London-based ICE Futures Europe exchange at 9:51 a.m. local time on Tuesday. West Texas Intermediate oil fell 18 cents to $49.97.

Saudi Arabia has already exhausted its ability to ramp up “instantaneous” production in the event of an outage, Ross said. The kingdom, which pumped a record of almost 10.6 million barrels a day in June, could raise output by 1 million barrels a day in 90 days with extra drilling, he said. That’s about half the spare capacity estimated by the Paris-based IEA.

“There’s not spare capacity to speak of instantly available,” Ross said. There are also growing geopolitical threats to supply, including from Islamic State, he said.

Consumption will be strong in industrialized economies such as the U.S., Europe and Japan, where fuel demand has swung to expansion from contraction, according to Ross.

Supplies from most nations outside the Organization of Petroleum Exporting Countries will contract next year for the first time since 2008. While output in North America will increase, production from Australia, the North Sea, Colombia and Argentina will decline, according to PIRA.

Even higher exports from Iran following the landmark July 14 accord to ease sanctions may do little to check oil’s advance, Ross said. The increase may be limited to less than 500,000 barrels a day over six months and the country will struggle to sell its condensate stockpiled on tankers, he said.

Hedge funds and other speculators, having cut bullish bets on WTI crude to the lowest level since March, may be ready to start buying again as low prices cause the market to tighten. “We are approaching selling exhaustion,” Ross said. “The magic of prices works.”