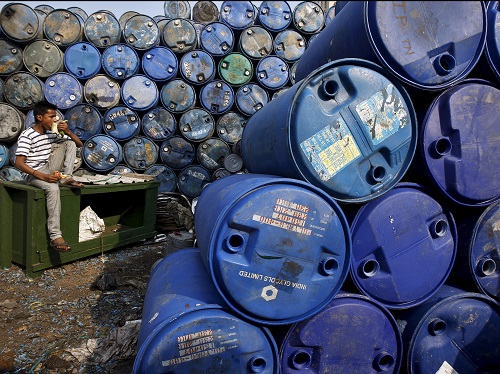 After years of trying to turn things around following the Deepwater Horizon oil spill, BP is still running into significant challenges.

A new report from the Wall Street Journal finds that a multibillion dollar investment in India is not working out as planned for the British oil major. In early 2011, BP agreed to pay $7.2 billion in order to take 30 percent stake in Reliance Industries Ltd., an Indian oil and gas producer.

The positon would give BP exposure in 23 oil and gas projects in India, a country with both rapid growth and extraordinary pent up energy demand. BP saw it as a bold move, and it boasts the largest international presence in India. Three other oil majors passed on the deal back in 2011. Still, with the unknown bill for the Deepwater Horizon spill looming large, BP decided to roll the dice, hoping to get a head-start in what is arguably one of the most important sources of energy growth in the 21st century.

However, its investment in India is turning into a headache. BP’s CEO Bob Dudley went to New Delhi in mid-July to “review progress of BP’s business and future plans in India,” according to the WSJ.

The promise was big, but things are not panning out. The WSJ reports that production from BP’s India assets are down 80 percent since 2010. And putting a floor beneath plummeting production has required another $1 billion.

In 2014, The Economist chronicled the mess that BP found itself in. There are a variety of unique challenges that BP is facing in India. Bureaucratic red tape and corruption are complicating operations. Price controls distort the market and cut into revenues. The company recently said that it would consider further investments if there was “appropriate pricing.”

But BP knew of this problem before jumping into India. Prices are regulated, and policy is at times fickle, presenting investment challenges.

India is not the only blemish in BP’s portfolio. BP also has a 20 percent stake in Russia’s state-owned oil company Rosneft, and western sanctions are damaging the value of those assets.

The combined troubles have resulted in a more dramatic decline in BP’s oil production than its peers. Over the past six years BP dropped from first to fifth in terms of total oil production equivalent. And it is not clear that it can turn things around in the near future.