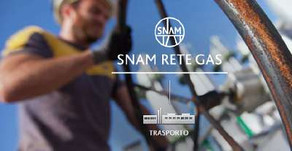 Azerbaijan is open to Italian gas infrastructure group Snam taking a stake in the project to build the Trans Adriatic Pipeline (TAP) that will carry gas from Azerbaijan to Europe, President Ilham Aliyev said on Thursday.

“Why not? If someone would allocate its shares to other companies I don’t see any problems,” Aliyev said when asked about Snam’s possible investment in TAP.

He spoke in English to reporters during a visit to Milan’s EXPO international trade fair.

Snam CEO told Reuters in an interview in June the company was ready to evaluate buying 20 percent of TAP.

Aliyev confirmed the project was expected to be completed in 2020.