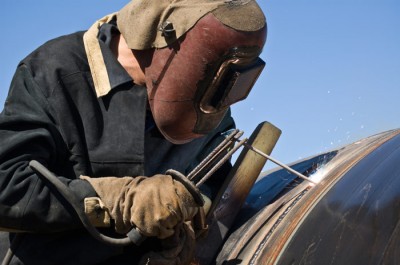 He said that everything is ready now for the construction work on the TANAP project.

Earlier, Tekfen Insaat also told Trend that everything is ready for the pipeline’s construction, and the company will start the construction in the near future.

Three Turkish companies, Fernas Insaat A.S., Sicim-Yuksel-Akkord Adi Ortakligi and Tekfen Insaat ve Tesisat A.S. are the contractors for construction of TANAP’s onshore part, which is to be 1,337 kilometers long. They will construct the gas pipeline’s section running up to the Turkish city of Eskisehir.

In March 2015, the TSE said the companies that are to supply pipes for TANAP’s construction project, will have to receive a certificate of that institute.

TANAP envisages the transportation of gas of Azerbaijan’s Shah Deniz field from the Georgian-Turkish border to the western borders of Turkey. TANAP’s initial capacity is expected to reach 16 billion cubic meters of gas per year. Around six billion cubic meters of this gas will be delivered to Turkey and the rest of the volume to Europe.

Turkey will receive gas in 2018, and after the Trans-Adriatic Pipeline (TAP) is constructed the gas will be delivered to Europe in early 2020.