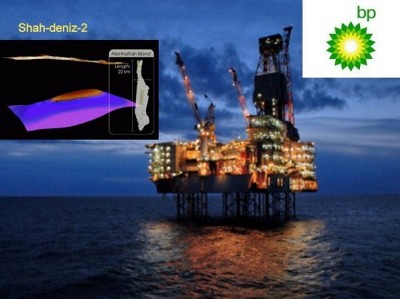 As part of these developments Shah Deniz has recently awarded two further contracts in support of the development of future flanks following first gas in 2018. These contract awards underpin the schedule for project delivery and complement the progress being made across multiple areas of this major development project.

The two newly-awarded contracts, which follow on from the key Stage 2 contracts announced earlier, include:

– A $297 million contract for the supply of the subsea production system (SPS) hardware has been awarded to FMC Kongsberg Subsea AS. The scope of work under this contract includes the supply of equipment for the production clusters 3, 4 and 5 consisting of subsea manifolds, associated controls and connection equipment. The delivery of equipment will take place in phases over a period from 2016 to 2021.

– A $66 million contract for the second of three planned batches of subsea production trees and ancillaries required for the full field development has been awarded to OneSubsea (UK) Ltd. The delivery of equipment will take place in phases over a period from 2016 to 2021.