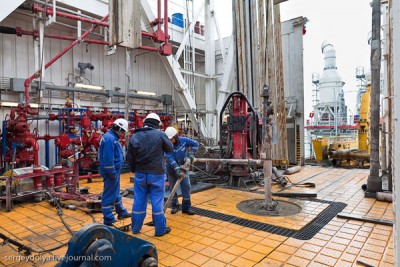 BP-Azerbaijan company (operator of the Azeri-Chirag-Guneshli fields development) has resumed the work on the Western Azeri platform, press office of the consortium told Turan.

Operation of the Western Azeri platform was suspended on May 21, 2015 for the preventive and inspection works.  The repair works could have been done only if the platform operation is suspended.

“The preventive works on the platform were completed six days ahead of time and the oil extraction from the platform was resumed on June 6, 2015,” the company reported.

BP reported that at present the platform is back to its normal operation and daily oil production totals about 130,000 barrels a day.

In the second half of July BP-Azerbaijan company will perform the similar works on another production platform Chirag, which has been in operation since 1997, and it now extracts over 50,000 barrels of oil a day.