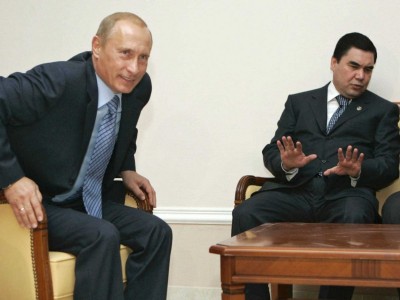 Europe has taken another swing at Russian gas dominance.

The European Union has been buttering up Turkmenistan, which has the fourth-largest known gas reserves, and Azerbaijan over the past year with the aim of shifting away from Russian gas.

And the efforts seem to have paid off.

“Europe expects supplies of Turkmen gas to begin by 2019,” Maros Sefcovic, the European Commission vice president, told Reuters in May.

Notably, The Diplomat points out, “This is the first time the EU has put a date on what has traditionally been regarded as a pipe dream.”

Traditionally, about one-third of the gas that Europe guzzles comes from Russia. But Europe has gotten nervous about the state of Russian gas over the past year, amid the on-and-off conflict in Ukraine. Furthermore, Moscow tends to use its arsenal of gas pipelines as tools of coercion — much to Europe’s annoyance. 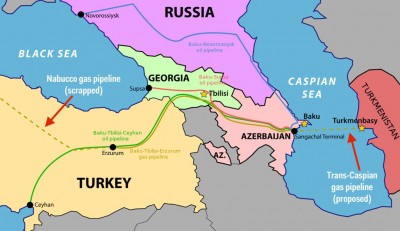 “I think that Europe has really got tired of each summer having a discussion of how to make it through the next winter,” Sefcovic told the Financial Times back in February. “The world’s biggest economy should not have such concerns in the 21st century.”

Last year, Turkey and Turkmenistan signed a preliminary agreement that would take gas from Azerbaijan’s Shah Deniz II field in the Caspian Sea via the Trans-Anatolian natural-gas pipeline project (Tanap). It is expected to be completed by the end of 2018.

And this May, Sefcovic visited the energy ministers of Turkey, Azerbaijan, and Turkmenistan to discuss the construction of a 300-kilometer trans-Caspian pipeline that would connect to the Tanap to bring gas to Europe across the Caspian Sea. (Turkmenistan also recently completed its East-West pipeline, which connects the main pipelines within the country.)

This project has been proposed for years, but political and economic problems have chronically delayed it. Notably, Russia and Iran have “voiced objections to laying a pipeline on the bottom of the Caspian, saying this could harm the fragile ecology of the shallow sea.”

But “now there is a political decision that Turkmenistan will become part of this project and will feed the European direction,” Sefcovic told Reuters. 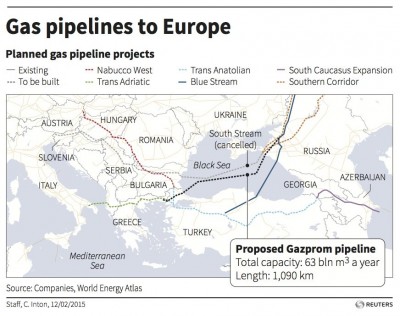 He declined to say exactly how much gas Turkmenistan would (and could) supply Europe with, though Turkmen officials previously said negotiations swirled around 10-30 billion cubic meters of gas per year.

Europe’s reinvigorated interest in the so-called southern gas corridor comes not long after the January announcement of the Turkish Stream, a Gazprom project, after the abandonment of the $45 billion South Stream project in December.

Both projects were planned to bypass crumbling Ukraine — which would allow Russia to both maintain its gas leverage over the EU and hurt Kiev.

In any case, neither Europe nor Russia is giving in without a fight.

Ultimately, as The Diplomat notes, the latest development largely depends on post-Soviet Turkmenistan and whether it will “move forward with the political decisions necessary to bring its natural gas to Europe.”