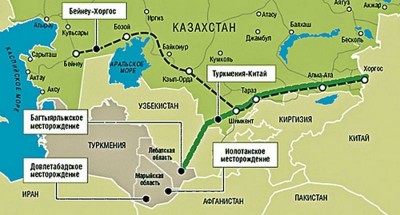 In 2015 capacity of the gas pipeline from Turkmenistan to China will total 55 billion cub.m. a year, reported the Turkmenistan Ministry of Oil and Gas Industry and Mineral Resources.

The same source reported that the efficient step towards building cooperation in this strategic field was “launching of the Turkmenistan-China gas pipeline in December 2009, which has laid the basis to formation of a new modern network of transit transport energy communications in Eurasia.”