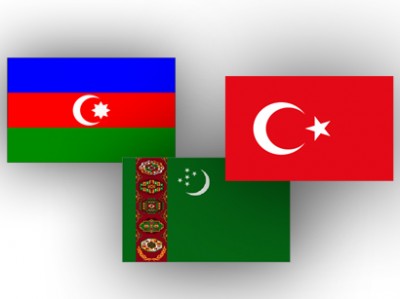 Turkmenistan, Azerbaijan and Turkey have signed a declaration with the European Union in the energy sphere, a source close to the negotiations told Trend.

The document was signed during the meeting in Ashgabat with participation of the heads of oil and gas ministries of Turkmenistan, Azerbaijan, Turkey and high-ranking representatives of EU on May 1.

During the negotiations, Azerbaijan was represented by the country’s Energy Minister Natig Aliyev.

The document said that the sides support the creation of favorable conditions necessary for ensuring reliable, stable and long-term international energy cooperation taking into account the interests of producers, transit countries and consumers of energy resources.

The sides also recognized the importance of the equal and mutually beneficial cooperation in ensuring the supply of natural gas from Turkmenistan to Europe.

It is expected that a working group at the level of deputy ministers of the structures responsible for the energy sphere of Turkmenistan, Azerbaijan, Turkey and EU will be created for further negotiations.

The EU has started to actively lobby for the project for construction of the Trans-Caspian gas pipeline from Turkmenistan to Azerbaijan.