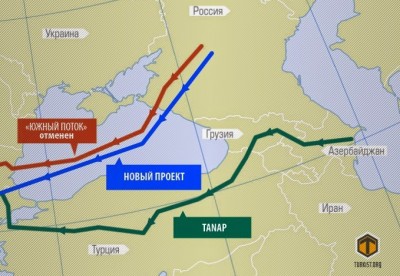 The Trans-Anatolian gas pipeline construction project (TANAP) is being implemented ahead of the schedule, DHA agency reported with the reference to Turkish Minister of Energy and Natural Resources Taner Yildiz May 5.

He said that TANAP project is important not only for Turkey but also for Europe.

“The fact that Turkey is negotiating with Russia over the construction of Turkish Stream gas pipeline does not mean that it can somehow affect the TANAP implementation,” Yildiz said.

The TANAP project envisages the transportation of gas of Azerbaijan’s Shah Deniz field from the Georgian-Turkish border to the western borders of Turkey.