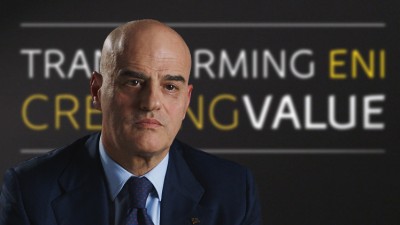 Europe and Italy cannot do without Russian gas, despite expansion of offers at the energy market, Claudio Desсalzi, head of Italian ENI company, said in his interview to the local Republic newspaper yesterday.

“Even if the proposal at the gas market has significantly increased in Europe, for us Russian gas is irreplaceable, because it is less expensive. Russia knows that Europe needs Russian gas, but Russia needs the European energy contracts as well,” Desсalzi said.

He also added that the effective sanctions exert pressure on cooperation with Russia in the oil industry.

He expressed hope for development of relationships with Iran as soon as the embargo is lifted. He believes that Iran has a great potential at the energy market, especially “if it offers the form of the contracts meeting the international standards.”

ENI continues working in Libya, despite unstable situation in this North African country. “Our offshore platforms are located 120 km away from the coast and we are absolutely confident in their safety. The situation of the onshore infrastructure is worse. The Abu-Attifel field has been closed for over a year. Other drilling rigs have been working, but we were forced to raise the safety standards and increase security of our staff,” Desсalzi said.

He spoke in favor of creation of a single European energy market. “Europe needs a single energy market, because we manufacture no more than 35% of required energy carriers. Right now we have 28 markets without a single base and communicating infrastructure.