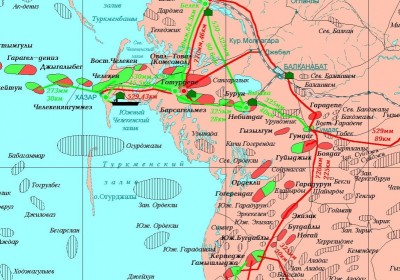 The article reads that during three months this year oil production on the Cheleken, Nebitdag, Hazar and Bloc-1 contract areas increased by 18% against the same period last year.

Several famous international companies have been working in Turkmenistan on the basis of the production sharing agreement (PSA) and they implement big investment projects, including geological exploration works and development of hydrocarbon fields both onshore and offshore.

In particular, Malaysian Petronas Charigali has been developing Makhtumkuli, Diyarbekir and Garagol Deniz fields in the Caspian Sea, which are a part of the Bloc-1 contract area.