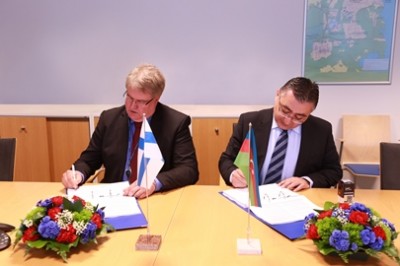 SOCAR and Finnish company Nestle Jacobs Oy have signed a contract in Helsinki, which envisages management of construction of carbamide plant and providing of independent inspection services by the Finnish company, reported SOCAR’s press office.

It was earlier reported quoting the Azerbaijan State Agency for Acquisitions that Nestle Jacobs Oy has won the bid invited by SOCAR in 2014. The cost of the contract is 14,419,552 AZN.

The main works on the carbamide plant started in September 2013 and construction – on February 18, 2014. The area of 24 hectares in Sumgait city was allocated for the plant construction.

SOCAR reported that it plans to put the carbamide plant into operation in 2017.

The contract for design and construction of the plant on a turn-key basis was signed with South Korean Samsung Engineering. The cost of the project is 500 million Euro without taxes. The project will be funded from the state budget of Azerbaijan.