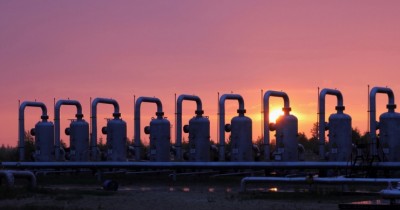 In the midst of profound turbulence in the negotiations between Greece and its international lenders, Prime Minister Alexis Tsipras flew to Moscow last week for an official visit to President Vladimir Putin.

This meeting, portrayed by many commentators as a bargaining chip with its European creditors, was officially intended to improve bilateral relations between the two countries in various economic sectors. Greece had high expectations from this meeting, in terms of financial assistance, potential gas discounts and a lift of the Russian ban on the food imports from Greece.

However, during the press conference that followed the meeting it emerged that Russia had something else to offer to Greece: strong cooperation on natural gas projects. This prospect was presented by President Putin as a sort of potential game changer for the Greek economy.

Firstly, he stated that Greece could earn “hundreds of millions of euro” through natural gas transit annually. Secondly, he declared that Greece could use these revenues to pay off its debt to international creditors. Prime Minister Tsipras reacted favourably to this proposal, by saying that this might also boost jobs and investment in Greece. But is there any evidence that a strong natural gas cooperation with Russia would have a considerable impact on the Greek economy? This blog is intended to provide insight on this controversial issue.

During the press conference, President Putin declared that Russia would consider the option of providing loans to Greece for joint large-scale natural gas projects. This was a reference to Turkish Stream, a project launched in December 2014 by the Russian President himself, intended to deliver substantial volumes of Russian gas to Turkey and Europe while completely bypassing Ukraine from 2019.

Greece might collect about EUR 380 million annually in transit charges.

According to President Putin, Greece would primarily benefit from the pipeline project by enjoying significant transit revenues. Let’s try to figure out whether this statement has a solid basis. Turkish Stream is set to have a capacity of 63 billion cubic metres per year (bcm/y).

Considering that 14 bcm/y will be exclusively devoted to the Turkish domestic market, the maximum volume that might transit through Greece would be 49 bcm/y. Considering that Slovakia applies a transit fee of about EUR 7.8 per thousand cubic metres (tcm) for the natural gas transit from Ukraine to Austria via its 400 km-long transit route, Greece might collect about EUR 380 million annually in transit charges.

According to Prime Minister Tsipras, the construction of a pipeline connecting the arrival point of Turkish Stream at the Turkish-Greek border with the Greek-Macedonian border (from where natural gas might flow northwards to Austria via Macedonia, Serbia and Hungary) might have a considerable impact in terms of job creation in Greece. To put it into perspective, Trans Adriatic Pipeline AG, the company working on a similar pipeline project -TAP- optimistically projects the creation of around 2,000 directly related new jobs and a further 10,000 peripheral new jobs in Greece. These numbers indicate the limited impact of these projects on the Greek labour market.

Furthermore, Greece hopes that enhanced natural gas cooperation with Russia will also lead to a significant discount on its imports of Russian gas, at a level of around 10 percent. Considering that the average price paid by Greece for Russian gas was around EUR 440 per thousand cubic metres in 2013 and that Greece annually imports from Russia around 2.4 bcm of natural gas, the annual natural gas bill of Greece vis-à-vis Russia could be estimated at about EUR 1 billion. A 10 percent discount would thus represent a net saving of about EUR 100 million.

To put it into perspective, we compare the “Russian gas package” with Greece’s actual bailout package. In short, the sum of the potential annual transit charges of EUR 380 million and the potential annual savings on the natural gas bill of EUR 100 million have a net present value of EUR 4.8 billion (calculated with the current long-term interest rate of 10 percent). This is two orders of magnitude smaller than the Second Economic Adjustment Programme approved by euro area finance ministers in 2012 which foreseen financial assistance of EUR 164.5 billion until the end of 2014.

Following on from the enthusiastic tones of the Moscow meeting, over the next week Russia and Greece will sign a memorandum of cooperation concerning these gas issues. However, as the previous figures illustrated, the overall impact of Turkish Stream on the Greek economy will be rather limited in macroeconomic terms.

In other words, Russian-Greek gas cooperation might have an impact on the political and geostrategic relations of the two players (and on that of other countries), but it will surely not have a direct structural impact on the Greek economy.