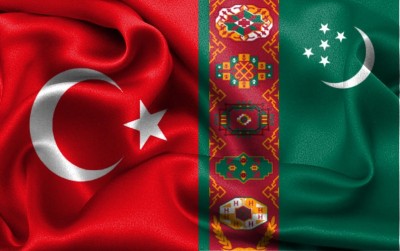 Turkey presented Turkmenistan new proposals on cooperation in various fields, the message of the government of Turkmenistan said April 1.

The proposals were presented at the meeting of Turkmen President Gurbanguly Berdimuhammadov with the chairman of the Union of Chambers and Commodity Exchanges of Turkey Mustafa Hisarciklioglu, which took place in Ashgabat.

The message did not indicate which specific cooperation proposals Turkish side presented to Turkmenistan.

The message said that Turkey takes part in implementation of the large-scale joint projects in Turkmenistan, which play “a huge role in a stable and sustainable socio-economic development not only of the two countries, but also the entire region.”

“While expressing great interest of business circles of Turkey in the gradual building of the established fruitful partnership, the guest also presented new proposals on cooperation,” the message said.

During the meeting, the sides emphasized the need for closer economic and trade relations between the state and business structures of Turkmenistan and Turkey.

President of Turkmenistan was presented a report on the implementation of the projects entrusted to Turkish companies in various fields, including the agricultural sector, the message said.

Earlier it was reported that by the end of 2014, Turkey ranked second in total trade turnover of Turkmenistan. Bilateral trade turnover volume exceeded $6 billion, which is a 26.6 percent increase compared to the same period in 2013.

Turkmenistan employs about 600 Turkish companies entrusted with such major projects as the construction of an international seaport in Turkmenbashi and the international airport in the capital of Turkmenistan, highways, transport interchanges and overpasses.

In addition, the Turkish partners are actively involved in the construction of objects of the chemical industry of Turkmenistan. Productive interaction takes place in the electricity sector as well, where companies of Turkey implement the project to upgrade the systems of power supply of Ashgabat, build large power plants in Lebap and Mary provinces of Turkmenistan.