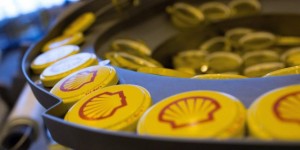 According to Bloomberg agency, market value of the united company, which will be chaired by the current General Director of Shell Ben van Berden, will be above value of the US Chevron and could be twice higher, than BP.

As a part of the deal, BG’s shareholders will receive 383 pence (3.83 pounds or $5.70) and 0,4454 shares of Shell per each BG’s security, which will be a total of about 1,350 pence. The premium to an average cost of the company’s security will constitute 52% during the past 90 days. As a result of that, BG’s shareholders will receive approximately 19% in the united company.

The sides expect that the deal will be closed in early 2016.

Shell has also confirmed its intention to pay dividends worth $1.88 per share in 2015 and at least the same volume of dividends in 2016.

Royal Dutch Shell is the British Dutch oil and gas concern, which is specializes in hydrocarbons production and refining in over 40 world countries.

BG Group is the third biggest gas maker in the UK. The main directions of its activities are exploration and extraction, LNG production, transportation and distribution of gas and power generation.