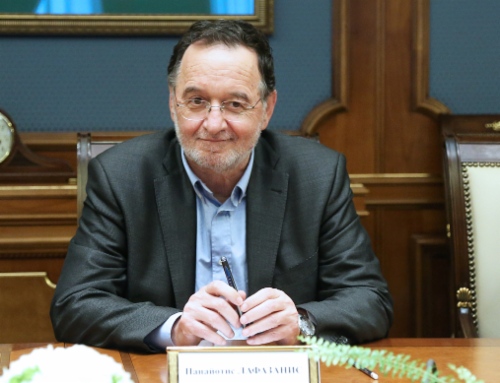 “TAP cannot cover all Europe’s energy needs in natural gas, it has small capacities,” Lafazanis said at a press conference at the end of his visit to Moscow and after his talks with Russian Minister of Energy and Gasprom.

“Turkish Stream will bring significant advantages, but for its construction we need political decision of Europe,” he continued.”We are opposed to the sanctions imposed by the EU against Russia. We believe that all corridors must be opened for Russia,” said Greek Minister.

In December 2014 Russian said it is not going to build the South Stream gas pipeline, which was supposed to go through the Black Sea bottom and Bulgaria to deliver gas to the Balkan countries, including Hungary, Austria and Italy. The project was closed, because of the European Union’s unconstructive position. Instead it was decided to build a pipe to Turkey and create a gas hub on the Greek border for the consumers of the southern Europe.

TAP is designed to export natural gas from the Caspian Sea region and Near East to the Western Europe. The length of the pipeline, which will pass through Greece, Albania, Adriatic Sea and Italy, is 871 km and its carrying capacity is 10 billion cub.m. a year with the possibility to double it.