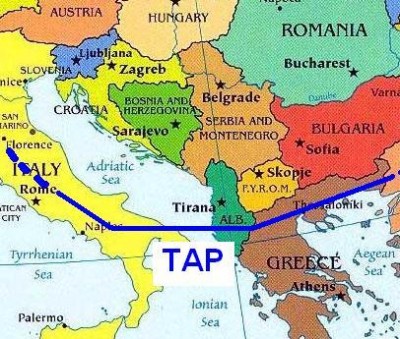 Vendola told reporters that the government had overruled objections from his regional government, which had opposed allowing a landing point near the town of Melendugno for environmental reasons.

“Cabinet has approved the TAP project with a landing point at Melendugno,” Vendola said.

The first sales of Azerbaijani gas to Georgia and Turkey are targeted for late 2018, first deliveries to Europe will follow approximately a year later.