For several decades BP has been investing a lot of money into low-hydrocarbon technologies, but gradually the company started cutting the program to fully focus on the work with traditional fossil fuel, writes Guardian.

4400 scientists were involved in the energy efficiency program on Sunbury and Cleveland bases. The direct investments into the low hydrocarbon and hydrocarbon-free technologies totaled $8 billion during 5 years.

At the annual session of shareholders the top managers of the company said that the company approaches the danger of climate change with full responsibility.

The company, which once promised to out step the limits of the oil business, is strongly criticized by the shareholders and environmentalists, which believe that BP is totally irresponsible when it comes to environment and makes no steps to suspend use of fossil fuel.

In 2015 BP plans to spend $20 billion for the projects throughout the world, but only a small amount will be spent for the operations not related to extraction of fossil fuel.

The investigation done by Guardian has shown that at present BP invests much less into development of low-hydrocarbon technologies, than in the 1980s or early 1990s. That time the company carried out wide-scale scientific research works in field of energy efficiency and alternative energy. 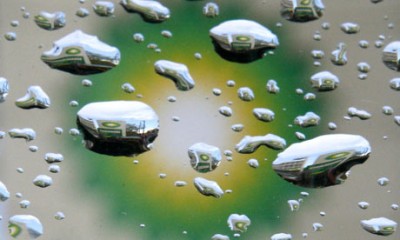 John Brown, BP’s President in 2003, has seen good perspectives in development of renewable energy. BP has even invented a new slogan – Beyond Petroleum, which has changed the company’s logo into more “environment friendly.”

In 2007 John Brown transferred management to Tony Hayward, who closed BP Solar subdivision in 2011 explaining it by lack of profit.

Two years earlier in 2009 Hayward reduced the budget of the BP Alternative Energy subdivision and fired its head Vivien Cox.

All wind farms, which were launched in 9 US states and generated 2600 MWt, were put up for sale in 2013 under management of a new Director Bob Dudley.

BP has failed to find the buyer and continues servicing them. The company also maintains the Brazil subdivision of utilization of bio mass and it stopped development of technologies of catching and storage of carbon.

BP top managers said that the company supports the struggle against global warming, but the politicians are mainly responsible for protection of environment.