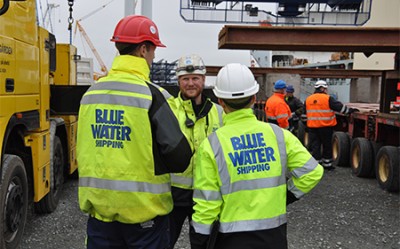 The 140m-long and 16m-wide hull sections will have a height of 17m and its weight per section is 5,400 metric tons. The two sections will form the hull of a subsea construction vessel (SCV), named Khankendi.

According to Blue Water, the hull sections will be transported on board a semi-submersible vessel and it will set a new record for the longest cargo ever to be transported through the Volga-Don.

After the delivery, Khankendi will be deployed for the Stage 2 development of the Shah Deniz field, which is situated approximately 70km offshore in the Azerbaijan sector of the Caspian Sea.

Baku Shipyard Company was established in 2013. It has a total of 1,200m quay and a maximum depth of 7.5m, which allows the yard to accommodate the vessels that are operating inside the Caspian Sea.

Moreover, the shipyard has its own floating dock measuring 168 x 50m, which can accommodate vessels up to 23,000t displacement.