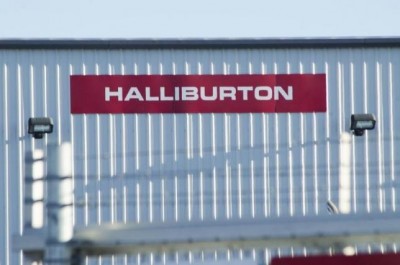 Revenue fell by 4 percent to $7.05 billion in the first quarter, but beat analysts’ average expectation of $6.96 billion, according to Thomson Reuters I/B/E/S, helped by strength in the Middle East and Asia and Latin America.

However, revenue and operating profit from all other regions fell.

North America, which accounted for more than half the company’s first-quarter revenue, “experienced an unprecedented decline in drilling activity,” Chief Executive Dave Lesar said in a statement.

The average U.S. rig count has fallen about 40 percent since June and was at 1,110 in March, according to a Baker Hughes Inc (BHI.N) survey.

Halliburton also forecast a fall in current-quarter revenue from North America as a 45 percent fall in oil prices since June continues to force drillers to slash spending.

The company also forecast a fall in revenue from Latin America, hurt mainly by the devaluation of the Venezuelan bolivar against the dollar.

Halliburton, which has cut more than 9,000 jobs, or over 10 percent of its global headcount in last two quarters, said it would cut capital spending by $500 million, or about 15 percent, to $2.8 billion this year.

Industry leader Schlumberger Ltd (SLB.N) reported a better-than-expected profit last week and said it was shedding about 15 percent of its workforce, or 20,000 jobs.

Baker Hughes, which will report results on Tuesday, had forecast cutting 7,000 jobs to rein in costs.

Halliburton agreed to buy Baker Hughes for $35 billion last November, a deal aimed at helping the companies weather the slump in oil and resist pressure from producers to slash prices.

Halliburton said earlier this month that it would sell three businesses to help get regulatory clearance for the deal.

The company is likely to make additional divestitures to ensure the deal goes through, Chief Integration Officer Mark McCollum said on Monday.

Excluding $1.21 billion in charges related to asset writedowns and other items, Halliburton earned 49 cents per share, above the average analyst estimate of 37 cents.