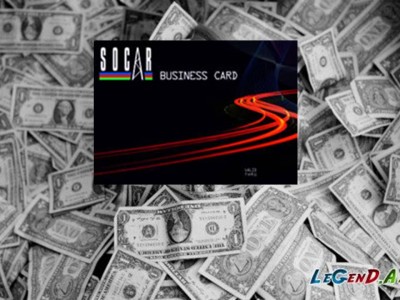 SOCAR (State Oil Company of Azerbaijan) has placed the third issue of dollar bonds in an amount which is lower than the expected volume by 25 percent, the agency Global Capital said Mar.12.

The company had said in the roadshow it was looking for a deal of $1billion, investors and analysts said, though that number had not been confirmed by the leads or the company.

The 15-year note was priced at a yield to maturity of 6.95 percent, after leads Deutsche Bank and JP Morgan released price guidance in the 7 percent area earlier in the day.

Proceeds of this week’s bond are being used 50 percent for capital spending related to the Star refinery in Turkey, and the remainder refinancing of short term debt and for general corporate purposes.

SOCAR has already implemented two issues of Eurobonds. SOCAR’s Eurobond debut issue to the amount of $500 million with a yield of 5.45 percent per annum was made in February 2012. The maturity date of the primary Eurobond issue was set at February 9, 2017.

On March 11, 2013, SOCAR implemented its second issue of Eurobonds to the amount of $1 billion for 10 years with a yield of 4.75 percent per annum on the CEEMEA market (Central and Eastern Europe, the Middle East, Africa). The demand for them was three times more than the volume.

The debut sovereign Eurobonds with an interest rate of 5 percent and the loan repayment in 2024 were placed in the amount of $1.250 billion on March 10.

The second issue of SOCAR’s Eurobonds occurred with the help of Deutsche Bank with a yield of 4.75 percent. At present, the interest rate on the bonds is 5.8 percent per annum. More than $3 billion have been already drawn due to this transaction.