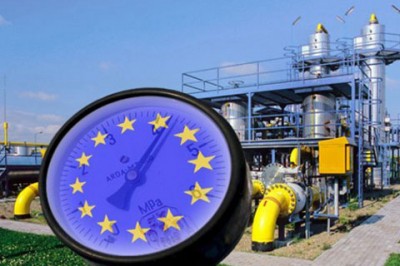 The European Commission (EC) has submitted the Energy Union plan and announced that it would like to study all gas deals of the European Union member-states before their signing.

On February 25, 2015 the EC submitted the plan of the Energy Union creation, which must unite energy systems of all EU member-states and significantly expand powers of the EC while approving gas deals with the third countries.

Among them were “rehabilitation of coal as a source of power,” “shale gas production” and “radical diversification of gas deliveries to the EU member-states.” These provisions have been partially reflected in the EU Energy Safety Strategy in May. But the draft of the Energy Union submitted on Wednesday has different from the initial variant submitted by Poland.

21-pages-long document posted on the EC web site is mainly focused on transparency at the gas market. This could have serious consequences for Gasprom, which ensured about one third of gas consumption in the EU. As it follows from the EC plan, the mechanism of verification of the intergovernmental agreements, which one EU member-state concludes with the non-Union member-state will be changed.

Now the EU member-states conclude individual agreements with the gas suppliers. According to the new rules, the European officials want “to be informed about the talks on the intergovernmental agreements at the early stage.”

The European Commission intends to develop standardized contracts on the gas deliveries.

According to the new rules, Brussels hopes to get an opportunity not only to verify intergovernmental agreements, but also offer changes. Now EC has the right to become acquainted with the newly signed documents, but it is almost unreal to introduce changes into them.

The innovations will help EU to “get as single voice at the talks with the third countries,” reads the draft.

Real powers of the EC or obligations of countries are unclear (these issues will be worked out with the EU member-states later during the consultations). The document specifies that in 2016 EC must initiate concrete changes in the rules regulating conclusion of intergovernmental agreements.