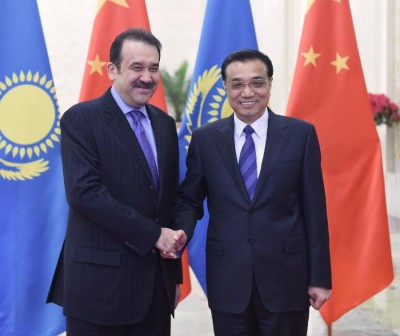 The agreements were reached during a visit by Kazakhstan Prime Minister Karim Masimov to China after a meeting with Chinese Premier Li Keqiang, state news agency Xinhua said late on Friday.

Others areas covered by the deals include oil refining and cars, the report said, without providing further details.

“The inking of the deals show the success of bilateral cooperation, and proves that the two countries’ economies are complementary,” Xinhua quoted Li as saying.

“China’s equipment and technology are cost-effective, which are suitable for countries promoting industrialization,” he added.