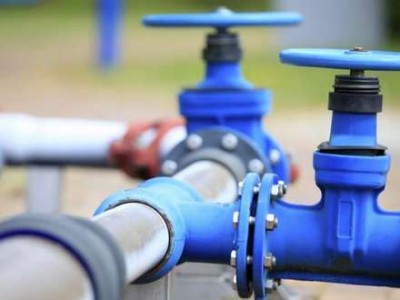 Balkan nations on the Adriatic sea plan to build a new gas pipeline and connect their networks in a move that may help reduce Europe’s dependence on energy imports from Russia.

Croatia and Montenegro plan construction of a 700 million-euro ($754 million) gas supply route along the coast and link it to the future Trans Adriatic pipeline by 2020, Croatian Economy Minister Ivan Vrdoljak and his Montenegrin counterpart, Vladimir Kavaric, said in a joint interview in the sea resort of Budva, Montenegro.

“All the countries in the region want to get a link to Trans Adriatic pipeline,” Kavaric said. “This is also an opportunity for Montenegro to profit from gas from our future findings.”

The project to ship Azeri natural gas to Europe, known as TAP, remains the only planned gas supply link to the region after it won in 2013 over the rival Nabucco plan supported by Bulgaria, Romania and Hungary. In December, Russia halted work on the South Stream pipeline, designed to bring gas directly to Europe under the Black Sea.

BP Plc is leading a group developing the second phase of Azerbaijan’s Shah Deniz, a $28 billion investment intended to bring 16 billion cubic meters of gas a year to Turkey and Europe. The group’s partners also include Statoil ASA, Total SA and State Oil Company of Azerbaijan, or SOCAR.

Montenegro and Croatia are running tenders for off-shore oil and gas exploration. The government in Zagreb in January awarded licenses to INA Industrija Nafte d.d. as well as to consortia of Marathon Oil and OMV, and Eni SpA and Medoilgas to explore 10 blocks for five years.

TAP’s 800-kilometer (500-mile) route would go through Turkey, Greece, and Albania to Italy.

“There’s a political will, we need to gather investors, and our regulators are discussing gas transit costs,” Vrdoljak said. “We also would like to include Bosnia-Herzegovina into the project, with a connector at Ploce,” a harbor in Croatia, he said.

An interconnector would lead from the Albanian town of Fier toward Montenegro and further on to Croatia, joining the existing pipeline at Split and ending in the northern Adriatic island of Krk. Croatia plans to build a liquefied natural-gas terminal in Krk and connect it with Poland’s LNG plant by 2020.

The Balkans states are one of “the most strategically important” regions for European energy security, Amos Hochstein, the U.S. deputy assistant secretary for energy diplomacy, said in an e-mailed response to Bloomberg questions.

“Development of new offshore potential, an LNG terminal, and ensuring interconnected pipelines between countries and into Hungary and Serbia will create real diversity and competition,” Hochstein said. “That is the cornerstone of security. The U.S. will continue to work with all countries in the region to make this goal a reality.”