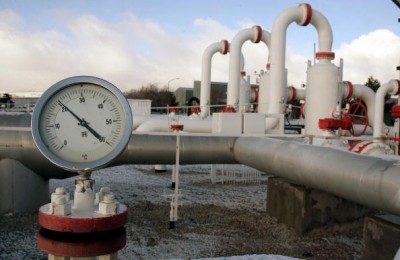 “The purchase of gas will be carried out in accordance with the previous agreements and the contract in force,” Gazprom said.

Earlier, the deputy chairman of the Gazprom board, Alexander Medvedev, addressing the Investors Day in Hong Kong, said the company doesn’t need gas supplies from abroad and plans to reduce in 2015 the gas purchases from Turkmenistan and Uzbekistan by almost 10 billion cubic meters replacing them with its own gas.

“Following the investments in both the production complex and the transport complex, Gazprom has no technological need in the gas purchase abroad, regardless of the source.

Gazprom is able to provide both the market needs in any region of Russia, and the delivery of gas to our customers in Europe, and in the future in Asia, through its own resources,” said Medvedev.

At the same time, Gazprom acknowledged that in 2014 it significantly reduced gas exports.

Azerbaijan’s gas is supplied to Russia under gas purchase and sale contract (with possibility of extension) singed by Azerbaijan’s State Oil Company (SOCAR) and Gazprom in Baku on Oct. 14, 2009.

The contract makes it possible to suspend and resume gas supplies at any time.