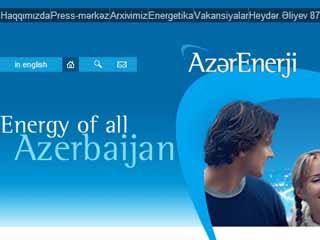 The short-term rating of the company was confirmed at the level of 1-3. The forecast of the ratings has been changed from stable to negative.

The agency reported that the rating has been changed, because of less state subsidies to the company in the conditions of low prices.

The probability of providing urgent government support is almost unconditional, because of two factors.

First of all Azerenerji plays an important role for the government, considering its monopoly status. The second one is ties between JSC and the government,  considering that 100% its shares are owned by the state and no changes in the structure of property are expected in the coming three years.

The government always invests into this company, providing direct support at low rates. In 2010 Azerenerji’s credit debt worth $2 billion has been written off and the company’s account receivables to the same amount has been also written off.

The expert say that the agency’s rating is tied up to the country’s rating, thus, in the future “stable” forecast is possible, if forecast of sovereign rating of Azerbaijan itself is changed.