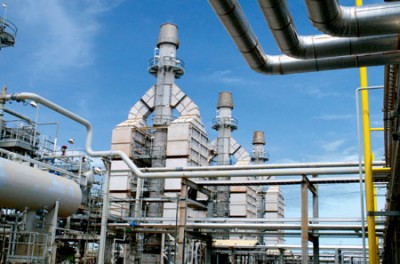 He said that the practical phase of the projects for the reconstruction of Shymkent and Pavlodar oil refineries has already begun.

“The commissioning work at the catalytic reforming rig (the first start-up complex) of the complex for the production of aromatic hydrocarbons at Atyrau refinery has already begun,” said the head of the national company.

Mynbayev also said that the design capacity of the plant for the production of bitumen in the Mangistau region was reached in August 2014, which produces 406,000 metric tons of bitumen.

There are 3 major oil refineries operating in Kazakhstan – Pavlodar, Shymkent and Atyrau.