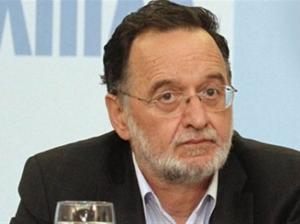 During his visit to Azerbaijan, Lafazanis said that Greece will work on the swiftest possible completion of these projects.

Lafazanis attended the first meeting of the advisory council for the Southern Gas Corridor, which was held in Azerbaijan on Feb. 12.

Earlier Lafazanis said that Greek government supports the construction of TAP, however wants to get more benefits from gas transit through Greece’s territory.

“We have concerns about the conditions of transit through the Transadriatic pipeline regarding Greek interests,” the minister said early in February.

Greece’s request for benefits that derive from the completion of TAP was discussed during the meeting of Lafazanis with Azerbaijani energy minister Natiq Aliyev.

In Azerbaijan, Lafazanis also met with Bulgaria’s Energy Minister Temenuzhka Petkova, where the two sides reaffirmed their countries’ support for the swift completion of IGB and stressed the need to further examine the project’s progress in the immediate future.

IGB is proposed to connect with TAP. In January, 2014, a Memorandum of Understanding and Cooperation was signed between TAP and ICGB – the company in charge of the development, financing and construction the IGB. The memorandum aimed at establishing the technical cooperation in order to further develop strategic infrastructure in the region.