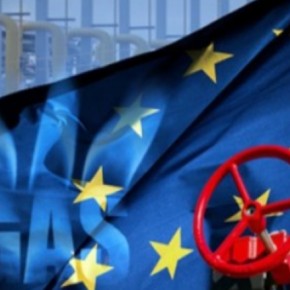 The European Union will revise its energy relationships with Russia based on the market conditions, writes Reuters referring to the European Commission’s draft document. “In the current conditions EU will revise its energy relationships with Russia, which are based on the equal conditions of open market, fair competition, protection of environment and safety and mutual benefit of the both sides,” Reuters quotes the draft of the document.

The European Commission is going to create a single energy market based on the trans-border connections, increase reliability of energy supply and reduce dependence on Russia, which supplies approximately one third of energy resources to the European Union.

The European Commission (EC) must publish its official position to the Energy Union next week, Reuters added. EC will also pay more attention to Ukraine as a transit country for the Russian gas deliveries. European Union will pay attention to development of its infrastructure and energy system, improving energy efficiency and reduction of its dependence on import.

In early February 2015 Gasprom company announced its intention to increase gas export to Europe. If necessary, the company is ready to increase the volume of gas production by approximately 1.5 times up to 650 billion cub.m. of gas, Dmitrii Lyugai, chief of the company’s Perspective Development Department, told RIA Novosti.

“If favorable economic conditions arise in the coming ten years, Gasprom has significant potential to increase the gas production volume up to 550-650 billion cub.m.,” he said.

US are going to oust Russia from the European energy market by reducing Gasprom’s share at the Eastern European market  by 20% by 2020. In particular, US provides technological and political support and the Western Europe has taken upon itself funding, reads the report prepared by the Associated Press.