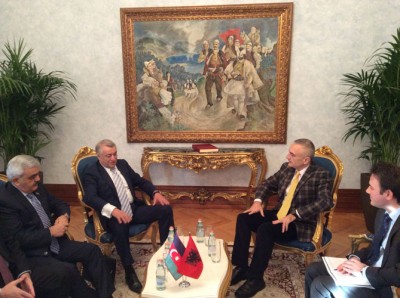 Albanian government is preparing draft-laws aimed at gasification of the country with Azerbaijani gas to be supplied by the Trans Adriatic Pipeline (TAP), Dtt-net news agency on Western Balkans region reported.

In December, last year Baku and Tirana signed a memorandum of understanding on cooperation in the development of a master plan for Albania’s gasification.

Albania is one of the European countries, which will receive Azerbaijani gas within the Southern Gas Corridor.

The Southern Gas Corridor will allow Europe to diversify its hydrocarbon supply sources and strengthen energy security and also will allow Azerbaijan to obtain a new market in Europe.

As part of the second stage of the field development, gas will be exported to Turkey and European markets by expanding the South Caucasus gas pipeline and the construction of Trans-Anatolian (TANAP) and Trans-Adriatic (TAP) gas pipelines.