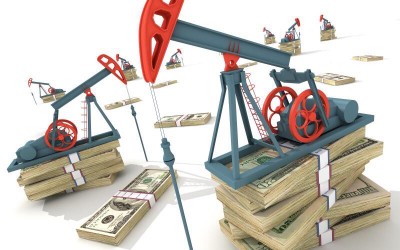 However, independent economist Rovshan Agayev told Turan that the non-oil sector should clarify some details: “there are some payments, which have nothing to do with the operations of oil companies. For instance, during 2014 incomes tax of the contractor companies and foreign and local sub-contractors to the amount of 430 million AZN and income tax of sub-divisions of SOCAR worth 80 million AZN within the framework of the Production Sharing Agreement (PSA) for some reason were shown as proceeds from the non-oil sector. If we correct these indexes, then proceeds of the non-oil sector will total 3,796,000,000 AZN or 53% of tax proceeds.

Agayev said that last year foreign oil production companies paid taxes 24 million AZN more to the state budget, than it was forecasted. According to the budget for fiscal year 2014, it was planned to receive 977 million AZN, while the actual payments totaled 951.9 million AZN.

However, thanks to the growth of SOCAR’s payments, the entire oil industry managed to overfulfill its obligations to the state budget,  said the economist.

During 2014 the share of the oil industry in the revenues of the state budget constituted 68.8%.

Reduction of oil prices at the world markets has affected the payments of foreign oil companies (consortium) to the state budget of Azerbaijan. For instance, in quarter 4, 2013 they paid taxes worth 305.7 million AZN to the state budget, but during the same period last year only 148.1 million AZN.