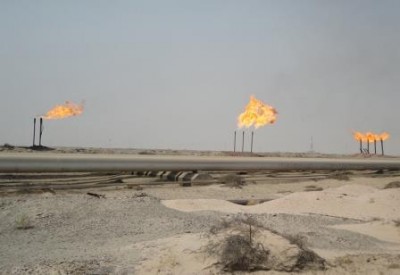 In 2015 Turkmenistan, which occupies the fourth place in the world on gas resources after Russia, Iran and Qatar, plans to increase its production by 9% up to 83.8 billion cub.m., reported Altyn Asyr TV channel referring to the speech of Turkmenistan President Gurbangulu Berdymohammadov.

Turkmenistan sells gas to China, Russia and Iran and in 2015 it is going to export 48 billion cub.m.

By the presidential decree Ashirguli Begliyev has been appointed to the position of head of Turkmengas state concern, the biggest natural gas maker in Central Asia. Its previous President Chary Khommadov has switched to another position, reported the TV channel.

In the coming 20 years Turkmenistan is going to triple gas production and hopes to sell fuel not only to Russia, China and Iran, but also to break into the markets of Western Europe, India and Pakistan.

Turkmenistan with the population of 5.5 million tries to diversify the export routes to reduce dependence on Russia, reported http://ru.investing.com.